These Training Drills Will Help You to Train Like Professionals

We might not be professional footballers at Ashford Town (Middlesex) Football Club, but we definitely like to train like them. By doing our best to train like professionals, we ensure that we are as fit as we can be for our matches, which obviously helps to give us an edge over our opponents. If all the players in a team can only last an hour, that team is not going to be winning many games of football. So, what type of drills do we do? Well, keep reading and you will find out. We recommend that you try and incorporate some of these in your own training sessions. 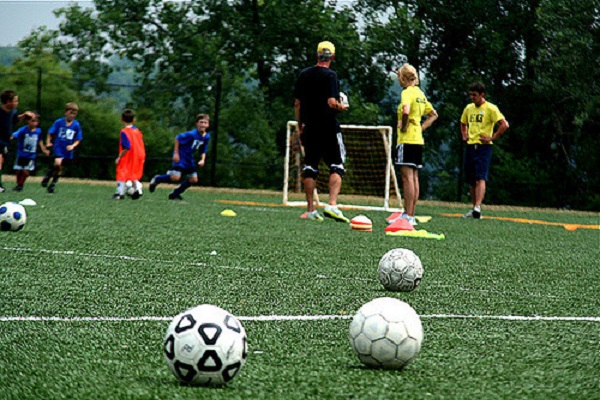 What it works on: Those who form part of the circle will be working on their touch, communication, passing, and awareness. Those who are in the middle will be working on their mobility, closing down skills, agility, and ability to intercept a pass. This warm-up drill will increase everyone’s heart rate and will get them ready for the next part of the training session, which is the fitness phase. The warm-up should only last 10-15 minutes.

The drill: Create a box that is 10 yards by 10 yards and put five attacking players in it. Two defenders then have to enter the box and attempt to win the ball from the attackers.

What this works on: This is a drill that focuses on teamwork and communication. The defenders need to keep the correct distance away from each other and work in a way to force the attackers to make a mistake or play a predictable pass. The attackers, on the other hand, have to work together on their moving and passing, ensuring that the player with the ball has plenty of support to pass to. You can make it more interesting by awarding points to both teams. For example, if the attackers manage 10 passes in a row, then they get a point. However, if the defenders win the ball back quickly three times in a row, they get a point. This exercise should be done for 20-25 minutes. 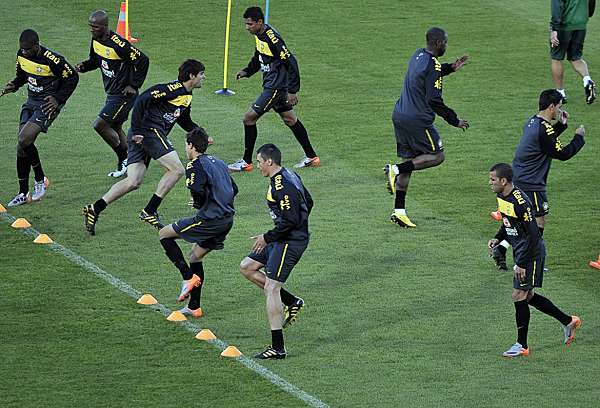 The drill: Set a back four up on the 18-yard box line and have two holding midfielders in front of them. In that same half of the pitch, place four attacking midfield players and two strikers. This is an attack against defense exercise, with the attackers’ aim being to score and the defenders’ aim being to not concede a goal.

What this works on: This exercise encourages the attacking players to try and get the ball out wide so that the wingers can try and isolate the full-backs to make it easier to beat. The defenders have to work together to make sure that none of their fellow defenders are left isolated in a 2 against 1 situation. Once again, this exercise should last somewhere between 20-25 minutes.

What this works on: As there are two goals that a team can score in, it encourages the sides to switch play and means that the defending team has to be more aware as there are two goals to defend. It will force the teams to maintain their shape and then try and counter at speed when they have the ball. This training drill should last for about 30 minutes.